The Differences Between IFR and VFR Flying

The two terms are so intertwined with flying and aviation in general that their meanings get very convoluted and cloudy for aviation newcomers. 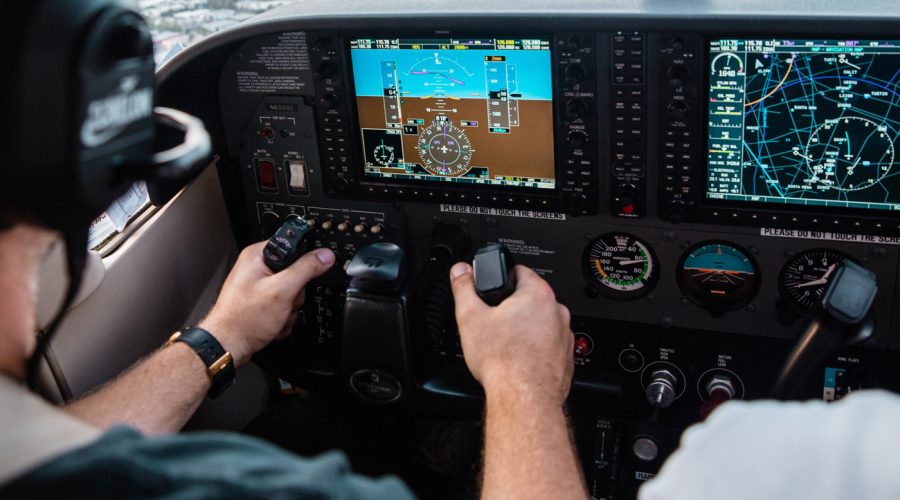 Many articles out there compare the terminology VFR and IFR flying, but many of them are so focused on one part of the puzzle that the big picture is lost.

At the simplest level, VFR is defined as "visual flight rules" and IFR is "instrument flight rules." The flight rules refer to the Federal Aviation Regulations (FARs), which are the laws of flying set by the FAA. But these terms are international standards, so they appear in the aviation rules of nearly every country.

The visual flight rules layout how to operate an aircraft by visual reference. To do this safely, a pilot must abide by the weather minimums stated in the rules. If it's too foggy or the pilot is operating too close to a cloud, they cannot maintain visual flying. A VFR pilot is also solely responsible for seeing and avoiding all obstacles and air traffic. It is technically possible for a VFR pilot to take off, fly a cross country, and land at another airport, all without talking to an air traffic controller. Some planes don't even have radios on board.

Since the plane is separated from other aircraft, it's possible for the pilot to operate during low visibility or inside of clouds safely.

The legal weather minimums for VFR flight are of the utmost importance to pilots. The FAA carefully defines the weather conditions when a VFR pilot can operate, so you will often hear the terms about the weather.

Even when you look at the weather minimums, there is still a little bit of confusion. For one thing, the VFR flight rules are written from the point of view of the pilot. For example, in most places, a pilot must fly with at least three miles of visibility and stay out of the clouds they encounter. The standard rules are to remain at least 500 feet below, 1000 feet above, and 2000 feet horizontally away from all clouds.

Basic VFR weather is defined as visibility greater than three miles or ceilings more than 1,000 feet above the ground when looking at a weather chart. A "ceiling" is the lowest level of dense clouds above the ground that the pilot cannot likely fly through visually. These are reported as either broken, overcast, or obscured skies. Clouds reported as few or scattered do not constitute ceilings.

For weather products and reports, IFR is defined as visibility less than three miles or ceilings less than 1,000 feet. Sometimes this gets more specific too, and the term LIFR (low IFR) is used. This means visibility is less than one mile or ceilings are less than 500 feet.

The Real Differences Between VFR and IFR Flying

Now that the definitions are out of the way, what exactly is the difference between VFR and IFR flying? Beyond these rules that pilots must know, the two activities are simply very different.

VFR flying is what private pilots do. It's the first piloting skill you learn, and you don't need fancy electronics to do it. In many ways, it's like driving a car down the highway. You don't hit anything because you're looking out the window and avoiding objects. And you get where you're going by reading road signs and taking exits and turns based on landmarks you recognize.

Here's a simple example of VFR flying. Imagine a pilot taking off from a country airport, then flying along the main highway to the next town, where they then see another airport and land. Yes, it really can be that simple.

IFR flying is a different medium of the same art form. It's so much more involved that an entire FAA training course and license, the instrument rating, is required to learn how to do it. An instrument pilot begins by planning their route carefully and then requesting that route from air traffic control (ATC). ATC then clears them for their flight, with every turn planned out before the pilot even takes off.

Once in the air, the pilot is always talking to an air traffic controller, and that controller can usually see the flight on their radar scope. The pilot cannot deviate from the course or altitude assignments provided by the controller without asking for permission. A visual pilot can take their time to wander and sightsee, but an instrument pilot must carefully hold their assigned course and altitude.

Interestingly, most instrument flying is done in VFR weather. But when the instrument pilot encounters a little puffy cloud, they bust right through it. The visual pilot has to go around all clouds and develop alternate plans if the weather is too bad.

An instrument flight can't operate in any weather conditions. For commercial airlines, airports have published takeoff minimums. For all flights, the approach to a runway for landing has a minimum altitude that the pilot cannot descend past unless they can see the runway and land.

Nearly all commercial airlines and charter flights operate under instrument flight rules. Even small planes, if commuting long distances or operating on a schedule, typically prefer operating IFR. VFR is mainly reserved for nice days, flying along the beach, or taking a scenic flight to the next airport for dinner.

A Pilot's Guide to ATC Communication 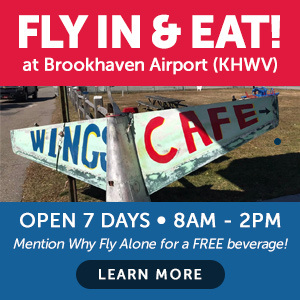 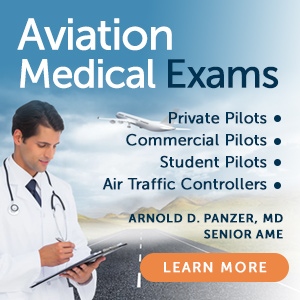